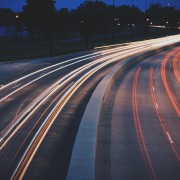 Australia has world class capabilities in materials sciences that are attracting the attention of the world’s leading manufacturers. Investors already include Boeing, GE, Lockheed Martin, Bombardier, Concept Laser, Microturbo, the European Space Agency, Baosteel and Chalco.
Boeing’s research partnership in the field of advanced materials with CSIRO (Commonwealth Scientific and Industrial Research Organisation) has lasted for more than 20 years. Many Australian companies with innovative technologies such as Ceramic Fuel Cells Limited, Quickstep Technologies and Plantic Technologies have entered into joint research and development projects with German companies before establishing in the German market, the homeland of engineering.
Home to four of the world’s 10 most livable cities Australia has much to offer the world in sustainable urban planning, energy efficiency, and climate change adaptation and mitigation. Collaboration in the field of Future Cities currently includes the Fraunhofer Morgenstadt Initiative, involving Brisbane as a role model for a tropical metropolis of the future. Joint research between Audi and the Royal Melbourne Institute of Technology (RMIT) GEELab is undertaking critical research on mobility solutions and future driving experiences to create smarter cities.
“Leading Australian and German researchers and corporates have joined forces to develop innovative, technology applications for the future, and to face the global challenges of our time. The projects presented at the Australia – Germany Innovation Forum are great examples of how scientific collaborations and strategic partnerships between our countries are delivering a future of innovation,” Nicola Watkinson, Australian Senior Trade and Investment Commissioner to Western Europe, Austrade, draws the conclusion of the Australia – Germany Innovation Forum.
The Australia – Germany Innovation Forum 2013 is the culmination of the 60th anniversary of diplomatic relations between Australia and Germany. Commemorated from 28 January 2012 to 28 January 2013 collaboration in science and innovation has been a focal point throughout the year.
This event highlighted the enduring research and investment linkages between the two leading economies and looked at how innovation and research collaboration can shape the next 60 years.

Further examples / business cases for Australian – German collaboration:
• Boeing’s partnership with the CSIRO of more than 20 years focused on research projects in space sciences, biofuels, advanced materials and other aircraft technology innovations.
• Carl Zeiss Vision’s Australian R&D centre is its first centre outside Germany
• Fuchs Lubricants continues to grow after 10 years in Australia, with the German company claiming a 10 per cent market share and its Australian operation is the fourth largest in the Fuchs group
• BASF, Germany’s leading chemical company, opened a R&D centre in Australia to lead technological innovation and increase productivity in the global mining and resources sector. It is also jointly involved in developing polymers to assist the agricultural industry.
• IBM has opened its first life sciences R&D laboratory in the world co-located at the University of Melbourne.
• GE has established a strategic R&D alliance with CSIRO to research innovation in health, water, aviation and clean energy carbon reduction technologies.
– Ricoh, leading Japanese photographic company, has established their Ricoh Innovation Centre in print technology in Australia
– British steel maker Corus is working with Australian company Dyesol on solar energy technology.
– Citrix Labs has two-thirds of its researchers based in Australia.
• Biotech giant Amgen rates Australia as one of the top medical study locations outside of the US. 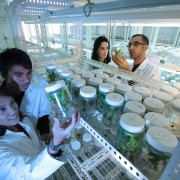 Hosted by the Australian Trade Commission (Austrade), the Australia-Germany Innovation Forum was held in Frankfurt on January 24, 2013. Its focus was the future of Australian-German collaboration in the fields of innovation, research and development.
Industry and academic experts from both countries took their turns behind the microphone to put forward ideas and present compelling examples of existing successful cooperation, as well as to show how Australia and Germany can benefit from each other’s strengths in business partnerships.
As the first speaker, Australian Ambassador to Germany Peter Tesch gave an overview of the existing business relations between the two countries – and noted that there is still a lot of potential for cooperation in tackling the big challenges of the future. Both governments have identified preventative health, biodiversity and clean energy as the priority areas for developing common agenda.
“There are many, many more things happening at the university level, and we are very keen to exploit those to help create an awareness of what Australia brings to the table,” said Tesch.
In his keynote address, Göran Roos, a pioneer in the modern field of intellectual capital science, pointed out that Australian firms are exceedingly good at reactive problem-solving – a skill he considers to be an offshoot of the “outback mechanic” mentality. Conversely, he sees Germany and other Germanic countries as places that specialise in long-term, strategic thinking. Such differences are complementary, he added, noting that both sides can benefit from each other’s skills.
The following eight speakers were a mixture of industry and academic representatives. First up was Calum Drummond, Group Executive for Manufacturing, Materials and Minerals at CSIRO (Australia’s national scientific research body), who presented a facts-and-figures overview of the institution. He was followed by Karl Föger from Ceramic Fuel Cells, who explained how his company operates in both Australia and Germany in the field of clean-energy innovation. Jens Schlimbach from Quickstep also talked about how his company benefits from its international operations in the production of technology for the aerospace, defence and automotive sectors.
Steffen Walz of Melbourne’s RMIT University discussed how game-design thinking and experimental entertainment can positively affect and alter architecture and urbanism, mobility, popular media, storytelling, engagement, other sciences and even society itself. The university’s research body in this area, GEElab, also has a base in Germany and fosters active collaboration with German industry partners.
Dominik Stampfl from Audi presented the Audi Urban Future Initiative, which aims to establish a dialogue on the synergy of mobility, architecture and urban development. He talked about how game-design thinking, as described by the previous speaker, can be incorporated into the project.
James Steele from Plantic Technologies showed the audience how the bioplastic developed by his company benefits the environment and the consumer. He sees Plantic Technologies as a good example of Australian development and innovation combined with German manufacturing excellence: an R&D base in Melbourne and manufacturing operations in Jena.
Hannes Lau gave an insight into his invention, LiquidKeyboard – a virtual keyboard for touchscreens and surfaces that adapts to the user’s natural finger positions and allows users to touch-type on smooth surfaces. He recalled his positive experiences in gaining support from Australian institutions for turning his idea into reality.
The last speaker, Frank Wagner from German research organisation Fraunhofer, provided an overview of Fraunhofer’s Australian-based activities and its cooperation with Australian research institutions, government bodies and businesses.
At the conclusion of the event, all attendees were invited to join in a buffet lunch. This gave everyone the chance to mingle, network and find out more about the companies, organisations and projects introduced by the speakers. Members of Austrade as well as ABIE were present and available to answer questions on German-Australian business and research opportunities.