The representatives of the Australian Business In Europe (ABIE) groups met in Madrid on October 19th and 20th, 2018 to discuss how to further improve the relationship between the member national groups and to plan future common activities and events. The meeting was organized by ASBA (Spain) with participants from Australia, Bulgaria, Czech Republic, France, Germany, Luxembourg, Netherlands, Spain and the UK.

The Australian Ambassador to Spain, H.E. Ms. Julie-Ann Guivarra invited the participants for pre-dinner drinks at her residence and also attended the meeting for two hours to discuss the EU-AUS Free Trade Agreement, which is still in the negotiation phase. ABIE groups were asked to give their country-specific input to the drafting team. (ABIE France and GABC have already sent their submissions).

Best practice workshops were held on various topics of interest. It was agreed that the joint website www.abie.eu is a popular site and an excellent platform to share information internationally.

GABC Board member Eberhard Goihl, who attended the meetings, summarised the event as a well-structured and very productive. The meeting provided a strong base for further activities and multinational collaboration. 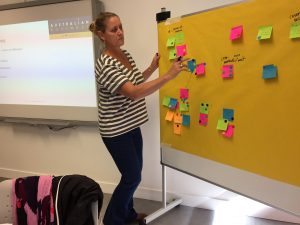 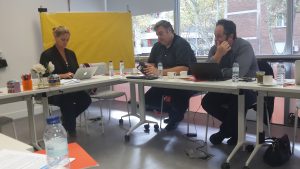