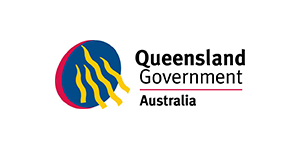 The Trade and Investment Queensland (Europe) team, based in London, works to attract investment into Queensland from the United Kingdom, Western Europe, Russia,  Eastern Europe and the Nordic countries, as well as supporting exports by Queensland companies into those markets. The team travel regularly throughout the European markets.

Queensland has been driving Australian economic growth for more than two decades. Our leading mining, agriculture and tourism industries are complemented by dynamic and growing knowledge-intensive industries.  Queensland has proven itself to be highly resilient in the face of the global economic crisis, continuing to grow at a pace outstripping other Australian states. Queensland contributed to around 20 per cent of the Australian economy with international exports of over $52.1 billion in 2009-2010.  Queensland is the ideal investment environment with a stable economy, low business operating costs, highly skilled workforce, great lifestyle and strategic Asia-Pacific location.

Benefits of doing business in Queensland

IMD World Competitiveness Yearbook (2011) ranked Australia’s economy as the second most resilient to economic cycles in the world.

Dun & Bradstreet (2010) ranked Australia alongside Canada, Switzerland and Norway as the safest and most secure destination for foreign investment in the world.

By relocating to Queensland, you will benefit from:

Forecast growth in Queensland for 2011-12 is 5.6% – well above the national forecast of 3.5% (Access Economics). A return to headline growth offers a range of opportunities for your business or investment, as it will be driven by further investment in mining, the developing liquefied natural gas (LNG) industry, and business and residential reconstruction.

Economic indicators for Queensland as at July 2011

Exports of goods and services

Imports of goods and services

The Queensland Government has invested more than $3.6 billion over the last decade in the state’s science and technology, research and development (R&D), innovation and commercialisation capability.

Queensland has been recognised by the World Bank as a global innovation hot spot.  Our investment in high-end research capacity has seen some of the world’s best scientists and researchers attracted to Queensland.

Queensland is the home of the cervical cancer vaccine Gardasil. This drug was developed by former Queenslander of the Year, Professor Ian Frazer, Clinical Immunologist. Professor Frazer is the founder and leader of the University of Queensland’s Centre for Immunology and Cancer Research.