Blog - Latest News
You are here: Home1 / ABC Prodution “Ready for This” coming to German KIKA

The German TV channel ZDF has acquired Australian live-action children’s drama Ready For This, originally broadcast on childrens’ channel ABC3 and will show it on the  free-to-air kids channel KiKA 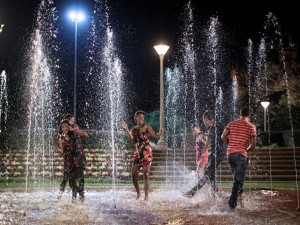 Ready for This ABC TV

The series follows six equally talented but different Indigenous children who venture to Sydney to realize their dreams.

Originally commissioned for ABC3 Australia last year, Ready For This also has Blackfella Films on-board as a producer, and is distributed worldwide by the Australian Children’s Television Foundation (ACTF).
Read more: