Blog - Latest News
You are here: Home1 / Australia and Eurovision 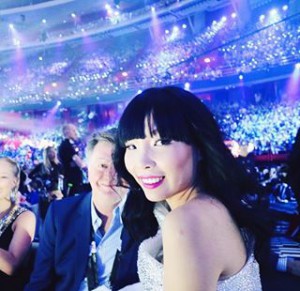 who came second in the 2016 Eurovision song contest, just being pipped to the post by the Ukrainian entry. SBS don’t know whether Australia will be invited back next year – that depends apparently on receiving an invitation from Ukraine. However, the broadcaster is going ahead with the plans to develop a pan-Asian version having obtained an option to do so earlier this year.

Dami’s not yet made it into the German iTunes charts and it will be interesting to see whether she achieves the same degree of success in Europe as she has done down-under. Her current tour covers only Australia until the end of the year.