Blog - Latest News
You are here: Home1 / Graphene in Germany

Australian graphite company Talga Resources has announced that it will set up a graphene demonstration
plant in the German state of Thüringen. The plant will process ores from Sweden. 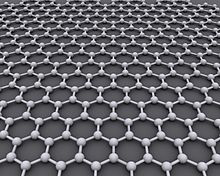 Graphene is a so-called allotrope of carbon which has the form of a two-dimension hexagonal lattice. It was invented by two researchers at the University of Manchester in the UK, who jointly won the Nobel prize for Physics.

The material has already been used in a number of electronics applications and is thought to have a large variety of uses, which are currently being investigated around the world.

Want to join the discussion?
Feel free to contribute!

Waste Management Down Under