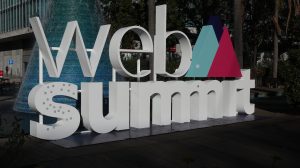 German Australian Business Council Member Robert Harrison joined a number of other Australians at the WebSummit held recently in Lisbon, Portugal. It was a good opportunity to learn about trends and discuss Australian startups. The event itself attracted over 60,000 people ranging from startup entrepreneurs, politicians, journalists and musicians and is sometimes described as “Davos for Geeks”. It was a mixture of discussions on technical and political matters, training events, and showcasing startup companies from around the world. 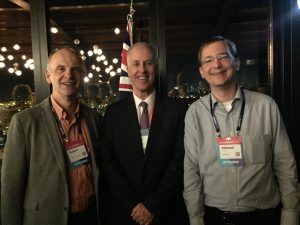 Peter Rayner, Australian Ambassador to Portugal, hosted a reception on the Wednesday evening that was attended by around fifty people, including Michael Bingel from Austrade’s Landing Pad in Berlin. Peter welcomed the Australian attendees and the attention that the WebSummit had brought to the city.

Rob has already booked his ticket for the 2018 event and looks forward to catching up with other Australians who find their way to Lisbon. He’d be happy to help arrange contacts and help with any Australian company that wishes to extend their stay.