On November 8th, 2019, the GABC patron, Dan Tebbutt, General Manager Europe and Senior Trade and Investment Commissioner Frankfurt for Austrade welcomed delegates from a number of ABIE organisations at the Australian Consulate-General in Frankfurt a.M. He delivered a special briefing on Austrade’s global strategy and priorities which was followed by networking at the Indian restaurant Mera Masala owned by GABC Member Om Johar.

The following day, the international meeting of Australian Business in Europe (ABIE), a network of Australian business associations and chambers across Europe, took place at the office of GABC Corporate Member Squire Patton Boggs. ABIE brings together multiple organisations representing Australian and Australian-interested organisations across Europe with the shared objective of growing and strengthening the trade, investment, business and diplomatic ties between the two regions.

Delegates from eight different organisations convened to discuss the future strategy of the network. Prior to the meeting, delegates heard three presentations from Australian government representatives. Simon Clayton, the Deputy Head of Mission at the Australian Embassy, Berlin spoke about the negotiations of the EU-Australia Free Trade Agreement. Dan Tebbutt spoke on collaboration between government agencies and business organisations, and Charlotte Stevenson, from the Department of Home Affairs, spoke on the Australian government’s Global Talent Program. 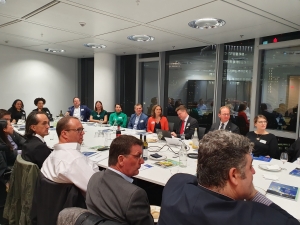 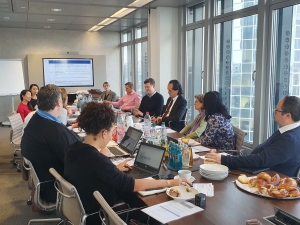 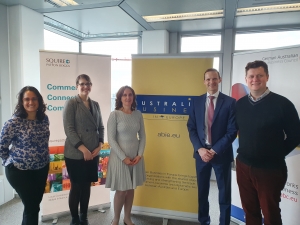