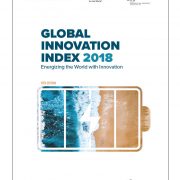 Australia and Global Innovation – better than ever
The Australian Ambassador receives the Grand Cross of the Order of Merit of...

Lynette Wood is new Ambassador to Germany
Scroll to top