The 2014 Frankfurt Melbourne Cup Event was a night of fun and lively competition. The highlight being Protectionist, a German born and bred horse winning the 2014 Emirates Melbourne Cup. We could not have asked for a better Australia – German link for the focus of the evening.

The German Australian Business Council was fortunate to be able to partner with the Adina Apartment Hotel Frankfurt and Tourism Victoria to make this a truly memorable event. While the highlight was the Melbourne Cup race and sweep and the Business Card draw, the Antique Horse Racing machine, with inspired race calling by Dirk Löb from the Adina Apartment Hotels, was the true focus of the evening for many of the guests. We were also entertained by a fashion parade highlighting a young Frankfurt fashion designer, an exhibition by Glow Shoes and tastings of some top Australian wines courtesy of German Australian Business Council Members Karin & Olaf Czirr from the Australien Wine Store and Bob Gogan from Gogan Wine Imports. This was a particularly popular networking point throughout the evening.

Special congratulations got to Sabine Höfferling from PPI Aktiengesellschaft, the winner of the business card draw; a trip for two to the 2015 Melbourne Cup Carnival including return airfares with Emirates, four nights accommodation at an Adina property in Melbourne and Members passes to Derby Day and Melbourne Cup Day courtesy of the Victoria Racing Club. 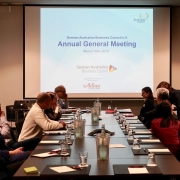 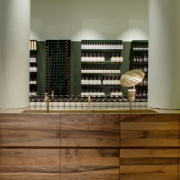 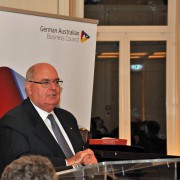 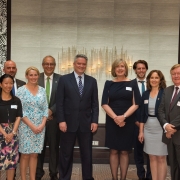 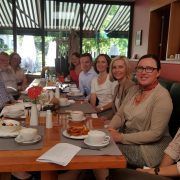 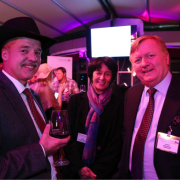 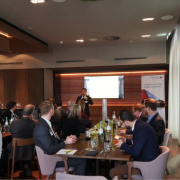 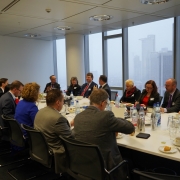 Letter from the Chair
Scroll to top