Following the successful first Free Trade Agreement (FTA) event in Brussels with Australian negotiators in 2019, the Australian Business in Europe (ABIE) group were delighted to host the second FTA discussion via webinar with a focus on the European perspective.

Our guest speakers, H.E Michael Pulch, EU Ambassador to Australia and Mr Peter Berz, EU Chief Negotiator were introduced by the chair of the session, Rebecca Steffen, from the Australian Swiss Chamber of Commerce and current co Chair of ABIE. Attracting close to 200 registrations from all over Europe and Australia, the event was expertly moderated by Jennifer Tucker, Chair of ABIE Netherlands and Jason Collins, CEO of European Australian Business Council.

Ambassador Pulch began the webinar outlining their commitment to enhance negotiations to allow expansion and cooperation in many areas including political, security, education, science and technology that will attract new markets, such as SME’s, and within the transport and space industries. Whilst not on the FTA discussions, Ambassador Pulch also added that recent bilateral agreements on taxation agreements and a physical presence of trade offices by Australian states in various European locations further highlights the commitment to reinforce stronger economic relationship across the board.

Mr Berz provided an overview of the current negotiations, the EU-AU FTA’s last round taking place in June (the next scheduled for November) which included discussions on professional services, small & medium size enterprises, sustainability and climate change in trade agreements. Equally important, Mr Berz noted what the FTA negotiations is not about, ie immigration, visas, pensions and health care; as well as an outline on the finalisation process, involving legal reviews, lobbying and additional guidance from member states.

The webinar provided an opportunity for the audience to ask questions directly to the speakers, some of which included the timing and process of negotiations, agriculture, the GDPR and Australian privacy legislation, climate and sustainability.

Special thanks to the German Australian Business Council for their support and contribution towards a successful event – please contact the GABC at info@gabc.eu for a recording of the webinar. 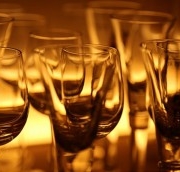 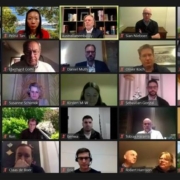 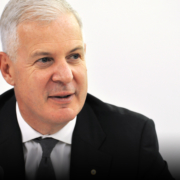 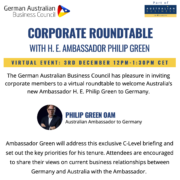 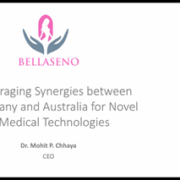 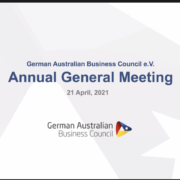 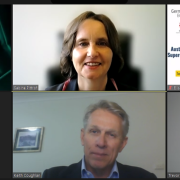 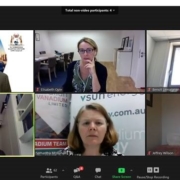